Using single-cell analysis of immune cells involved in the onset of diabetes, a new study provides ample evidence to warrant a next phase of research with patients. 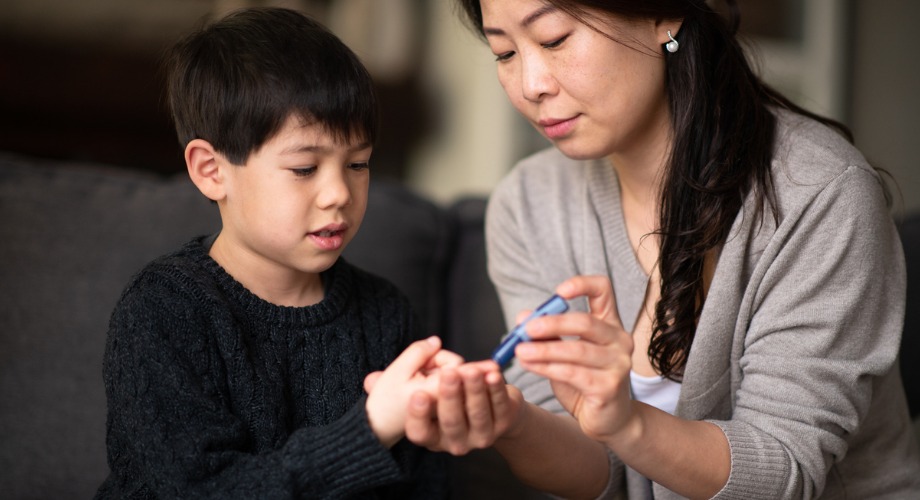 Patients with type 1 diabetes, formerly called juvenile diabetes, must frequently monitor blood glucose levels and administer insulin to keep those levels in a healthy range. A new discovery from Scripps Research may help identify signs of the disease earlier than is currently possible, enabling disease intervention at a critical time.

Type 1 diabetes, an autoimmune disease that typically emerges before the age of 20, wipes out the body’s ability to produce insulin—a hormone that’s essential to life. Diagnosis often comes after symptoms arise, at which point the disease has taken hold. But if there were a way to test at-risk patients for very early signs of the disease, it may be possible to delay its onset.

In new research published in Science Immunology, scientists at Scripps Research have discovered what may be the earliest possible biological marker of type 1 diabetes, formerly known as juvenile diabetes. If their mouse study can be replicated in humans, which they are now attempting to do, the timing of therapeutic intervention may be drastically improved for patients who are on course to develop the disease.

“The translational aspect of this study is what’s most exciting to me,” says Luc Teyton, MD, PhD, professor of immunology and microbiology at Scripps Research, who led the research. “By using single-cell technologies to study the prediabetic phase of disease, we have been able to mechanistically link specific anti-insulin T cells with the autoimmune response seen in type 1 diabetes. And that has given us the confirmation we needed to move into human studies.”

Roughly 1.25 million American children and adults have type 1 diabetes, and the incidence rate is increasing for reasons that aren’t fully understood. For those with the disease, the immune system attacks pancreatic beta cells that are solely responsible for producing insulin. Without insulin, their body is unable to move sugars out of the bloodstream and into cells, where glucose is needed for energy. Because of this, people with type 1 diabetes need to closely monitor their blood-glucose levels and inject insulin daily to survive.

The scientific community has known for a long time—ever since a landmark genetic study of type 1 diabetes more than 25 years ago—that among people with type 1 diabetes, a distinct genetic signature is always present among a certain class of immune-regulating molecules known as HLAs (short for human leukocyte antigens). HLA proteins sit on the surface of cells, telling the immune system whether to attack. While this signaling is normally helpful in destroying dangerous cells, it can become life-threatening when the molecule is sending the wrong messages.

In the case of type 1 diabetes, the mutated HLA protein binds to fragments of insulin made by beta cells, prompting destruction by the immune system.

While the connection between the HLA genetic mutation and type 1 diabetes is well-established, the scientific community could never discern the mode by which the immune system’s T cells are drawn to this problematic molecule. That’s what Teyton’s team set out to answer through experiments spanning five years. Their work involved evaluating blood samples of non-obese diabetic mice during the very early phase of disease, using cutting-edge structural and computational biology techniques to understand how the cells bring about disease.

The single-cell analysis they conducted had never been done before for these types of cells, unearthing new information, Teyton says. Working in concert with Scripps Research’s Department of Integrative Structural and Computational Biology, the team sequenced the DNA of individual T cells for an extremely high-resolution view of cell function and genetic variation. In all, the study produced more than 4 terabytes of data.

Among their key findings was a structural mechanism they dubbed the “P9 switch” that allows CD4+ T cells to recognize the mutated HLA protein and attack beta cells. They also discovered that the dangerous anti-insulin T cells always reside in islets, which are small tissue structures in the pancreas where beta cells are located. Previously, it was not known where the anti-insulin T cells originated, and some suspected they may be produced in pancreatic lymph nodes.

Notably, the P9 switch drove an early burst of anti-insulin response in mice, then rapidly disappeared. If this phenomenon carries over to humans, immune cells equipped with the P9 switch would be detectable only in those who are in early stages of developing the disease. Thus, a blood test that reveals the presence of these cells could provide the earliest-possible indication of disease and enable intervention.

Armed with this research, Teyton has received approval to move forward with a study in humans. His team will collect blood samples from up to 30 at-risk individuals per year and analyze the samples for precursors to disease. Type 1 diabetes has a strong genetic link; those who have an immediate relative with disease are up to 20 times more likely than the general population to get it themselves, making this a well-defined group to monitor for biomarkers, Teyton says.

An early diagnosis during the five years of pre-clinical progression and the ability to monitor beta cell destruction in real time will allow a series of new therapeutic interventions aimed at preventing type 1 diabetes and insulin dependence, Teyton says.