Researchers from the Polytechnic University of Valencia (UPV), in collaboration with specialists from the University of Valencia (UV), have come up with a new system based on a high-sensitivity mass biosensor that continuously monitors signals for the direct detection of SARS-CoV-2 in environmental aerosols. The device, in prototype phase, makes it possible to assess the quality of the air and allows an early detection of the virus in inside spaces such as homes, classrooms, restaurants, cinemas or means of transportation. 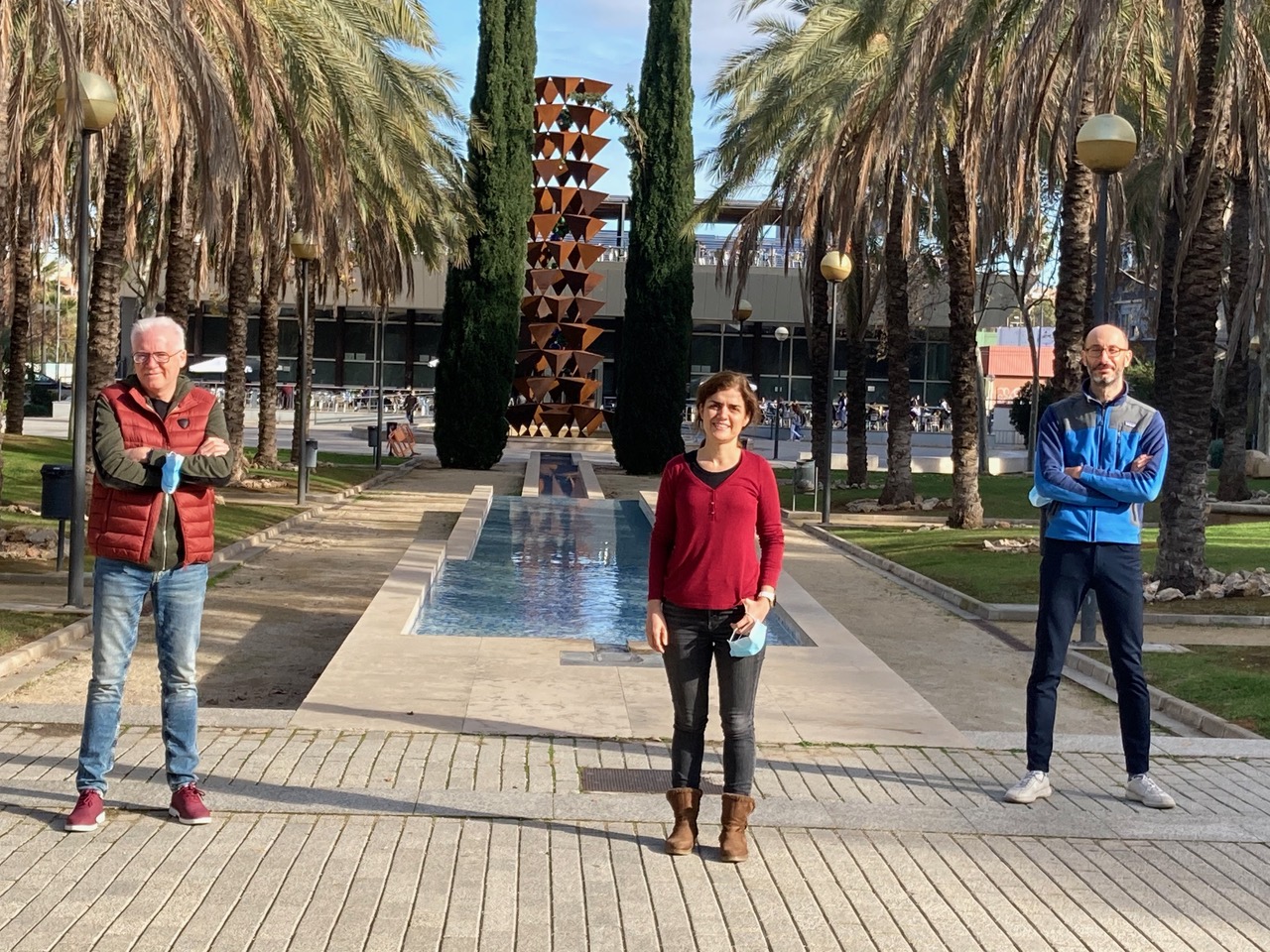 “This way of spreading is gaining importance, which is why preventive control strategies must take into account the spreading of the virus via aerosols for an effective mitigation of SARS-CoV-2. The system we have developed is based on a mass biosensor that uses specific antibodies that can detect the SARS-CoV-2 virus in the air,” highlights Ángel Maquieira, professor of the Department of Chemistry and director at the Institute of Molecular Recognition and Technologic Development (IDM) at the UPV.

The preliminary studies have been conducted using virus-like particles (VLP) that are not infective and which have been developed by Luis Martínez Gil, María Jesús García Murria and Ismael Mingarro, from the Department of Biochemistry and Molecular Biology (BIOTECMED Institute) from the UV.

According to the UV researchers, VLPs are viral membranous particles that mimic the virus but which do not contain its genome, meaning they are not infective. In the specific case of SARS-CoV-2, the VLPs obtained at the UV include the four structural proteins of the virus, the spicula protein (S), the wrapped protein (E), the majoritarian protein of its membrane (M) and the protein of the nucleocapsid (N), meaning they contain all the elements of the structure of the virus that enable its recognition by antibodies, as well as by other immune system responses.

“The biosensor has been assessed on a laboratory scale; it detects VLPs in the air in an environment that simulates having a high viral charge, providing a signal linked to the viral charge present in the atmosphere. This way, by detecting a viral charge at a level that can be harmful for people’s health, it would issue a warning signal. Therefore, it is a biosensor that can detect SARS-CoV-2 in critical concentration amounts,” explains Augusto Juste, pre-doctoral researcher at the IDM Institute of the UPV.

For Sergi Morais, fellow researcher at the IDM of the UPV, it is a development that is “very promising, as it can be used as a warning and control system to prevent infection by Covid-19 without having to perform PCR tests, analysing the quality of the air in crowded or dangerous spaces. This will make it possible to take health measures to prevent and warn about the spreading of Covid-19.”


Assessment at the Hospital General Universitari of Castelló

The methodology and prototype developed by the IDM team is currently in the assessment phase on a hospital level, in a study which is being conducted in collaboration with the Preventive Medicine and Care Quality service of the Hospital General Unversitariof Castelló, headed by Mario Carballido Fernández.

“The results of the study will make it possible to come up with management proposals to decrease the possibility of contagion in inner health-related spaces. Furthermore, it should help establish new management elements for the safety of secondary care centres that help protect the health of the patients and the healthcare staff, to thus decrease the risk of transmission to the general public. With the arrival of the winter and the closure of terraces, it is necessary to guarantee that closed spaces are safe places” says Carballido.

The biosensor of the IDM-UPV conducts direct measurements and also stands our for its ease of use, low cost and versatility. “There is currently no marketed competitive technology such as the one we have developed on a prototype level, and it could become the ‘virus-meter’ in the near future,” concludes UPV lecturer David Giménez-Romero.

The development of this prototype has been funded by the Innovation, Universities, Science and Digital Society Council of the Valencia regional government, in the framework of the call that the members of the Innovation System of the Valencia Region issued back in March to develop innovative solutions in the fight against the coronavirus.