Encapsulating modified bacteria in tough hydrogel spheres prevents them from spreading genes to other microbes. 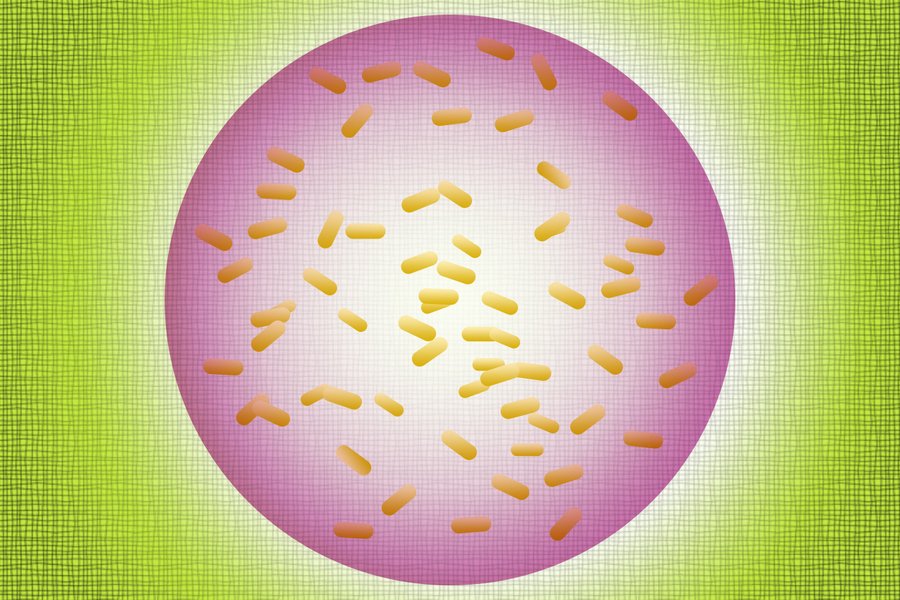 MIT engineers have devised a way to encapsulate bacterial sensors into a tough hydrogel sphere, which prevents them from interacting with other microbes in the environment.
Credits:
Image: Christine Daniloff, MIT

In recent years, scientists have developed many strains of engineered bacteria that can be used as sensors to detect environmental contaminants such as heavy metals. If deployed in the natural environment, these sensors could help scientists track how pollutant levels change over time, over a wide geographic area.

MIT engineers have now devised a way to make this kind of deployment safer, by encasing bacterial sensors in a tough hydrogel shell that prevents them from escaping into the environment and potentially spreading modified genes to other organisms.

“Right now there are a lot of whole-cell biosensors being developed, but applying them in the real world is a challenge because we don’t want any genetically modified organisms to be able to exchange genetic material with wild-type microbes,” says MIT graduate student Tzu-Chieh Tang, one of the lead authors of the new study.

Tang and his colleagues showed that they could embed E. coli into hydrogel spheres, allowing them to detect the contaminants they’re looking for while remaining isolated from other organisms. The shells also help to protect the sensors from environmental damage.

By engineering bacteria to express genetic circuits that they don’t normally have, researchers can enable them to detect a variety of different molecules. Often, the circuits are designed so that detection of the target triggers production of green fluorescent protein or bioluminescence. In other circuits, a memory of the event is recorded in the cells’ DNA.

The genetic circuits that go into these bacteria often include genes for antibiotic resistance, which enables the researchers to ensure that their genetic circuit has been correctly inserted into the bacterial cells. However, those genes could be harmful if released into the environment. Many bacteria and other microbes are able to exchange genes, even between different species, using a process called horizontal gene transfer.

To try to prevent this kind of gene exchange, researchers have used a strategy called “chemical containment,” which involves designing the bacterial sensors so they require an artificial molecule that they can’t get in the wild. However, in a very large population of bacteria, there is a chance that a small number will acquire mutations that allow them to survive without that molecule.

Another option is physical containment, achieved by encapsulating bacteria within a device that prevents them from escaping. However, the materials that have been tried so far, such as plastic and glass, don’t work well because they form diffusion barriers preventing bacteria from interacting with the molecules they are designed to detect.

In this study, the researchers decided to try encapsulating bacterial sensors in hydrogels. These are stretchy materials that can be formed from a variety of different building blocks. Many naturally occurring hydrogels, such as alginate, which is derived from algae, are too fragile to protect cells in an outdoor environment. However, Zhao’s lab has previously developed some very tough, stretchy hydrogels, which the researchers believed could be suitable for encapsulating bacteria.

To make the protective spheres, the researchers first embedded bacteria in alginate, along with some essential nutrients. These spheres were then coated with one of Zhao’s tough hydrogels, which is made from a combination of alginate and polyacrylamide. This external layer has pores that range from 5 to 50 nanometers in diameter, which allows molecules such as sugars or heavy metals to pass through. However, DNA and larger proteins cannot go through.

The spheres that the researchers constructed for this study are about 5 millimeters in diameter and can carry up to 1 billion bacterial cells. The researchers used the spheres to encapsulate E. coli bacteria that were designed to detect cadmium, a heavy metal.

The researchers demonstrated that their encapsulation technique also worked with a different strain of E. coli that was engineered to be dependent on an artificial molecule — an amino acid not found in nature.

“We are trying to come up with a solution to see if we can combine chemical and physical containment. That way, if either one of them failed, the other one can keep things in check,” Tang says.

In future studies, the researchers hope to test the sensors in a model environment that would simulate real-world conditions. In addition to detecting environmental contaminants, this type of sensor could potentially be used for medical applications such as detecting bleeding in the digestive tract, the researchers say.

Other authors of the paper include Kevin Yehl, a former MIT postdoc; Alexis Rovner, a former postdoc at Harvard Medical School; Hyunwoo Yuk, an MIT graduate student; Cesar de la Fuente-Nunez, a former MIT postdoc and an assistant professor of bioengineering at the University of Pennsylvania; and Farren Isaacs, an associate professor of molecular, cellular, and developmental biology at Yale School of Medicine.