A single dose of psilocybin enhances creative thinking and empathy up to seven days after use, study finds March 13, 2019, 13:35 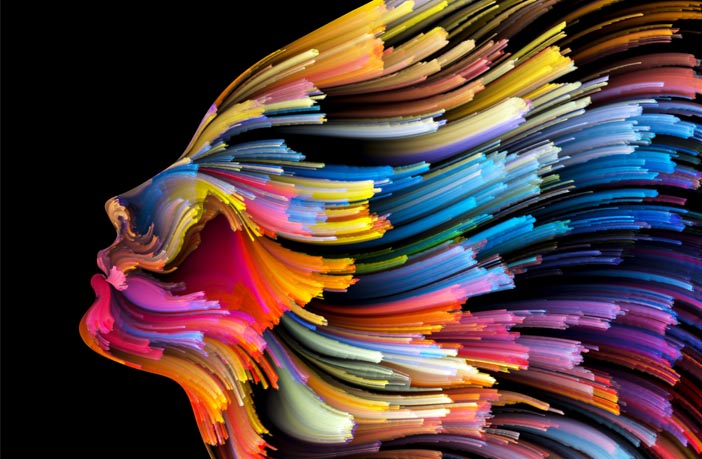 The findings appear in the Journal of Psychoactive Drugs.

“In the last decade, there has been a renewed scientific interest in the utility of psychedelics. Increasing evidence suggests that psychedelics like psilocybin may have potential therapeutic value for disorders like anxiety, depression, and PTSD,” said Natasha Mason (@NL_Mason), a PhD candidate at Maastricht University and the corresponding author of the study.

“The focus of such investigations has been on psychedelics capacity to reduce symptoms of these disorders, thereby improving mood and well-being. However, of equal importance are the higher-order cognitive processes that may be enhanced, or that may play a role in symptom alleviation of the disorders.”

“Examples of processes that have been found to be decreased in these pathologies include creative, flexible thinking and empathy. Specifically, individuals are characterized by repetitive and rigid patterns of negative and compulsive thoughts, as well as reduced empathic abilities. Thus we wanted to assess whether psilocybin enhanced these processes, and if so, how long effects lasted,” Mason explained.

“Furthermore, we wanted to see whether enhancement in creativity and/or empathy correlated with participants ratings of subjective well-being. This would give further insight into the potential underlying cognitive mechanisms of symptom alleviation that has recently been reported by clinical studies.”

For their study, the researchers recruited 55 participants from a Psychedelic Society retreat in the Netherlands. The participants at the retreat consumed psilocybin-containing mushrooms in a tea form. About half of them had previously used the psychedelic drug.

“We found that psilocybin, when taken in a naturalistic setting, increased aspects of creativity and empathy the morning after, and 7 days after use. Furthermore, psilocybin also enhanced subjective well-being. Interestingly, changes in well-being correlated with changes in empathy after psilocybin use,” Mason told PsyPost.

“These findings are important in trying to understand psychedelics’ therapeutic utility in the treatment of certain pathologies. Specifically, in a therapy session, enhancements in empathy could increase feelings of openness and trust between patient and therapist, thus strengthening the therapeutic alliance,” Mason said.

“Furthermore, enhancements in flexible, creative thinking could allow individuals to break out of their old patterns of thought, and generate new and effective cognitive, emotional, and behavioral strategies. Importantly, our data suggest that these effects outlast the acute phase and persist over time, thus potentially opening up a ‘window of opportunity’ where therapeutic interventions could prove more effective.”

Another group of researchers investigated how a microdose of psilocybin affected 36 people who were present at a psychedelic retreat. They, too, found that participants had increased creativity after consuming a minute amount of the psychedelic drug, while their intelligence scores and general analytical abilities did not change.

But the study — like all research — includes some limitations.

“This study was a naturalistic study, assessing effects of psilocybin in volunteers who chose to attend a psychedelic retreat. Thus, selection bias of individuals restricts the generalizability of our results,” Mason explained.

“Additional caveats include the lack of placebo control. Thus, it could be argued that effects are influenced by uncontrolled factors such as individuals’ psychological expectations, or the environment that the drug is taken in. Previous research has shown that both factors, termed set and setting, play an important role in the outcome of the psychedelic experience.”

“Accordingly, future placebo-controlled experimental studies could ideally control for these potential influences, as well as assess the role of these cognitive processes in symptom alleviation in a pathological population,” Mason said.