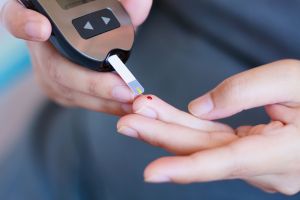 New research from a team at Amsterdam University Medical Center indicates patients with type 2 diabetes could eliminate their need for insulin with an approach that includes treatment with duodenal mucosal resurfacing (DMR) and GLP-1 receptor agonists.

Results of the study, which was designed as a single-arm trial, suggest the endoscopic procedure could help lead to the discontinuation of insulin treatment within a significant number of patients diagnosed with type 2 diabetes.

“This could be a game-changing approach in the treatment of metabolic syndrome,” said lead investigator Suzanne Meiring, of the Amsterdam University Medical Center, . “A single endoscopic DMR ablation with GLP-1 drugs and lifestyle counselling can lead to discontinuation of insulin therapy in a subset of patients with type 2 diabetes, while improving their blood glucose control and overall metabolic health.”

A minimally-invasive procedure delivered through an integrated over-the-wire catheter attached to a custom console that performs a synchronized lifting of the duodenal mucosa and subsequent ablation of the treatment area, previous research indicates DMR could be used to improve glycemic control in adults with type 2 diabetes. In an effort to learn more about the feasibility of DMR for eliminating need for insulin therapy, Meiring and a team of colleagues from the Netherlands designed their study as a single-arm, single-center study of 16 patients with type 2 diabetes treated with long-acting insulin only.

For the purpose of the study, insulin therapy was discontinued after a single endoscopic DMR procedure and patients were instructed to follow a 2-week post-procedural diet where liraglutide was introduced. Patients also received lifestyle counseling through the study period.

The primary end point of the study was the percentage of patients free of insulin with an HbA1c of 7.5% or less at 6 and 12 months. Investigators chose change in HbA1c, homeostatic model assessment of insulin resistance (HOMA-IR), fasting plasma glucose (FPG), mixed-meal postprandial glucose levels, BMI, total body fat percentage, liver proton density fat fraction (PDFF) at 6 and 12 months as secondary end points for the study.

Of note, all patients included in the study had an HbA1c of 8.0% or less and a C-peptide level of 0.5 ng/ml or greater at baseline. Additionally, investigators noted a subanalysis was performed to asses change in insulin dose among nonresponders following the DMR procedure compared to baseline.

At 12 months, 9 patients were still of insulin therapy and had a median HbA1c of 6.7%. Among nonresponders, investigators found the median insulin dose decreased from 36 units per day at study entry to 17 units per day at the 12-month follow-up.

“Many patients with type 2 diabetes are very happy to be able to discontinue insulin therapy, since insulin therapy comes with weight gain and hypoglycaemic events,” added Meirring, in the aforementioned statement. “Our earlier study, (Revita-1) with patients that used only oral medication for their diabetes type 2, showed that the effect of a single DMR was comparable to adding one glucose lowering drug."